Carbonation is the presence of carbon dioxide in a liquid. The volume of CO2 in the liquid defines the level of carbonation.I guess that you have already ear about these words:forced and natural carbonation.

It is an important step in the brewing process . When you brew your craft beer at home,you can choose to carbonate your beer naturally or by forced carbonation. But we sometimes do not particularly pay attention to this step. Before doing this action, there are certain things you need to know. This article will serve as a guide for you.

Natural carbonation means that the carbonation can by done naturally within the beer during the process of fermentation after brewing your beer.You can do carbonation in mini kegs too or casks.

Below is the link of a video.This video gives some tips on how to calculate the priming sugar amount online.With informations such as the desired volume of C02, the volume of beer you have. The current temperature of beer and the beer style too. Trust me, you will learn from it as i did!

This process unlike what people can think is simple and quick. It’s became very popular in the making homemade beer field. Most breweries and homebrewers choose this method to carbonate their craft beer.It is the process of adding CO2 gas into  beer (usually flat beer) sealed in a container. The aim of this action is to have a carbonated beer. As its name suggests ,it is the process of introducing CO2 inside the liquid under a certain pressure. By this definition,you can see they differ in their process. People can control the process of the first method. But not totally the second.

For forcing carbonation into your beer, you will need a full set of keg CO2 kit : a C02 cartridge, a C02 regulator (our mini CO2 regulator or commercial regulator), 1 ball-lock (the grey one), double or single quick connector spear. It exists in 16 g and 8 gr. They have the shape of a cylinder .They are made of aluminium. It is a key ingredient of brewers’ recipe!

How to force carbonation into your mini keg?

At the beginning, you must know which type of beer you are brewing. By this, you will find which kind of temperature and volume of CO2 is suitable for your beer. After getting the right information, you can force carbonation in your craft beer. However, we always recommand to do the carbonation with a cold beer. So you can put your flat beer into the refrigerator for some hours (4-8 hours). With low temperature and high pressure, the C02 gas can dissolves easily into the beverage.Cornelius keg are big kegs who can contains 20 or 30 liters of beer. You can seperate the beer into small amount in several mini kegs. The force carbonation method is mostly used for mini kegs (2,4,5,10 liters), since it can be put easily in the refrigerator. 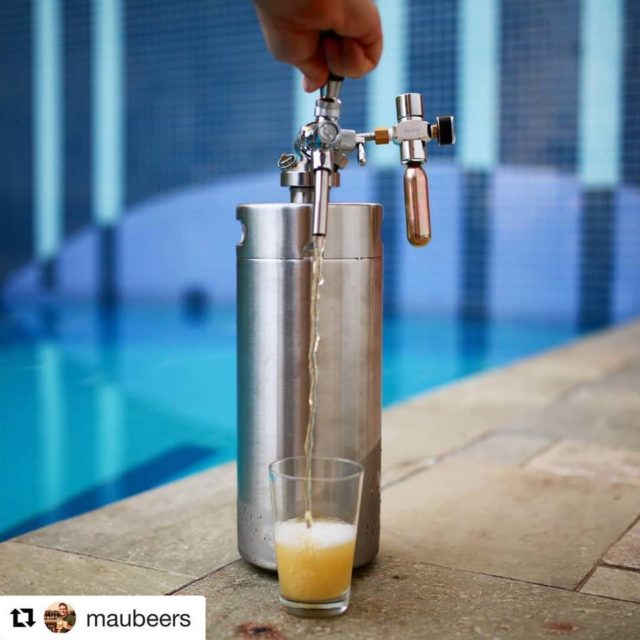 previous
What is the utility of having a mini beer keg?
next
How craft beer differentiates from industrial beer?